By Keith Malik Washington
(Excerpts of eulogy given by Gloria Rubac)

All of us who aspire to be great at something attempt to emulate those who have personified greatness in the Endeavor we are pursuing. 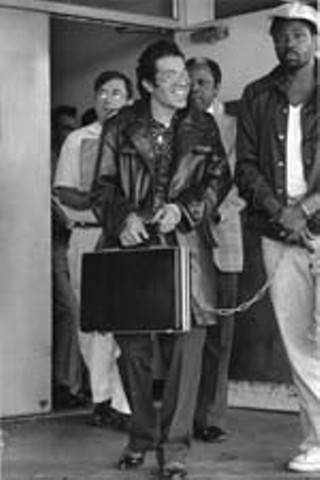 In Texas prisons, one of the most respected prison activists was David Ruiz. I think if Black Panther comrade Fred Hampton would have actually met David Ruiz the Rainbow Coalition would have benefitted greatly. I want to remind all of you that it is going to take multicultural and multi-racial Unity to finally abolish prison slavery in Amerika.

Gloria Rubac was a friend and fellow comrade of David Ruiz. Comrade Gloria eulogized David in 2005 at the request of his family. Here are some of the words she shared about her friend and this dedicated servant of the people.

“David Ruiz, the jailhouse lawyer whose historic 1972 lawsuit forced the Texas prison system into the 20th century, died on Nov. 12 [2005]. He was 63 years old and had just been visited by his wife and three children at the prison hospital in Galveston, Texas. They were allowed to see him for only one hour. After they were forced to leave, Ruiz died. News of Ruiz’ death was reported in almost 100 newspapers around the country, all saying he had died of natural causes. That is a lie. He died of medical neglect.”

Gloria Rubac continued to state that “The prison system discovered he had cancer in 2002 but did not tell him until 2005 and never treated the illness, he said. He had hepatitis C that he said he got from unsanitary prison conditions at the Coffield Unit. After filing writs, grievances and writing many letters, he received minimal and irregular treatment for six months only. He also was never treated for his gallstones, cataracts on both eyes, a hiatal hernia and injuries to both knees, both ankles and his back. […] No one in Texas prisons does easy time, but David’s was particularly cruel. The medical neglect killed him and the Texas Department of Criminal Justice is responsible for his slow and painful death.”

“David and his wife, Marie, have three children that David dearly loved: Eva, David and Everett. All his children and grandchildren are proud of their father/grandfather and his contributions to bettering the lives of prisoners.”

A writing Professor named Dr. Katherine Kendall corresponded with David and she said he had three missions that kept him going the last year of his life:

“David was a special person who will live forever in the hearts and in the history of so many: the Chicano community he loved, the prisoners he fought for, the activists he inspired, the organizers he worked with, and the legal writ writers he educated. David always had a quick smile for his friends and a sharp pen for his enemies. David will be sorely missed but never forgotten.”

Gloria closes her piece with this: 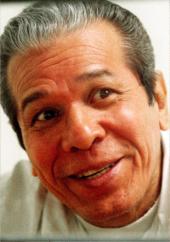 “David and his extraordinary courage will always be with us in spirit—on the picket line, in the law libraries, at the rallies, in the jail cell and wherever oppressed people are fighting for change, for revolution, to bring this racist system down.”

Sisters and brothers, David Ruiz was a phenomenal humyn being and he blazed the trail for prisoners like me. Comrade Gloria Rubac is still a leading voice in the campaign which seeks to finally abolish the death penalty in Texas.

A federal judge by the name of William Wayne Justice had to force Texas to make dramatic changes in its prison system – the ‘feds’ took over TDC and in 2002 the courts released the system back to State Control – I am here to tell the world it is time the feds came back to TDCJ the oppressors are back to their old tricks!

Medical neglect and deliberate indifference are rampant throughout the prison agency. The Prison Justice League, a prisoner rights and advocate organization based in Austin, Texas has sent a very detailed complaint to the Department of Justice describing the inadequate health care provided to Texas prisoners.

One of the most glaring problems, which has resulted in loss of life, is the blatant abuse and ill-treatment of mentally ill prisoners. I reported in September 2016 how the Coffield Unit has had approximately 13 suicides just this year!!

In December 2015 my legal advisor and friend Mr. John Dolley Jr. sent a formal complaint to the TDCJ Ombudsman office. In his complaint, Mr. Dolley alerted the TDCJ Health Services Division that “offenders at the Coffield Unit suffering from mental health issues have pleaded for attention from the mental health staff and they are being ignored.”  Ombudsman complaints can be viewed online the reference number for that particular complaint was:  11-5229-27.

The University of Texas Medical Branch Correctional Managed Health Care Program disregard “red flags” and cries for help. It’s time to expose these violators of the public trust and hold them accountable. I am determined to hold the legacy of David Ruiz will you help me do that?