Peace and blessings sisters and brothers! 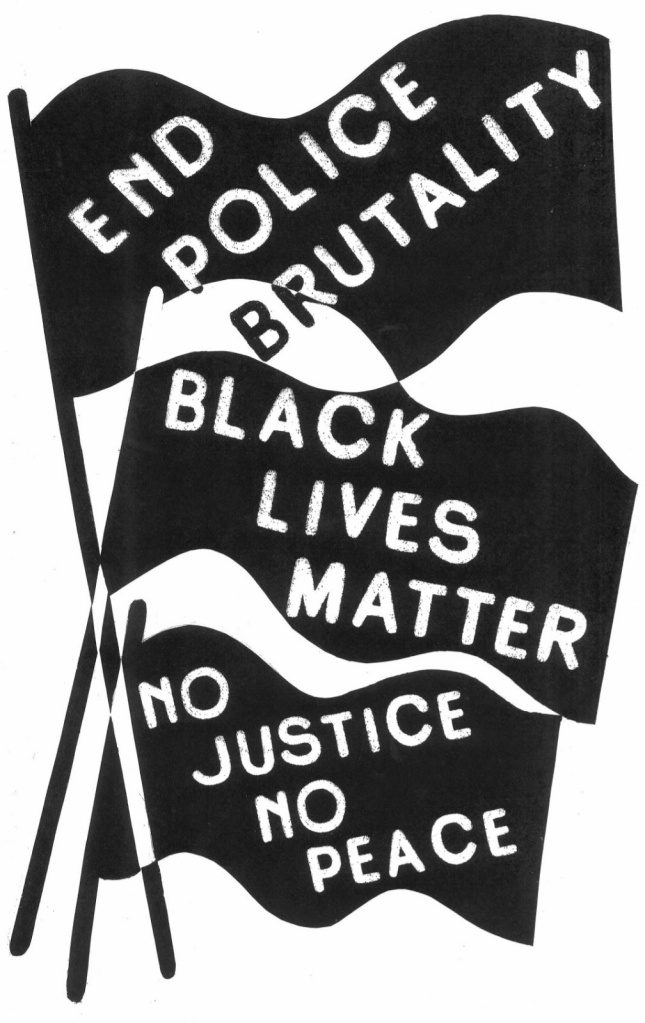 As we all reflect and contemplate on the life and legacy of Dr. Martin Luther King Jr. I think of the lessons he taught: the way of Peace, the way of love, and the philosophy of nonviolence.

And that brings me to a question I have for all: if we call ourselves humyn rights activist and servants of the people do we remain silent when people who don’t look or act like us get mistreated and abused?

What I’m getting at is this does the life of an innocent special needs white male teenager matter to you?

His life, safety, and health certainly matters to me and I was moved to tears when I heard about his ordeal. Bound, gagged, and tortured!!? If his life is not valuable in your eyes maybe you should click off this page.

Contrary to what the prison authorities in Texas may say about me, I am not the “Hate Whitey” guy there are plenty of those kind of people on the internet pretending to be black panthers.

I represent the real legacy of the original Black Panther Party.

These four young black people in Chicago made a huge mistake. And one must wonder what has created such hatred inside our young people?

Was it the drugs they were using?

Is it the new racially-charged geopolitical environment in Amerika?

There certainly was no shortage of young black lives being snuffed out by white folks in 2016 – does that have any bearing on their actions?

We are going to really have to look at this we cannot afford another incident like this! I am certainly not a fan of President Donald J. Trump but we must listen to the words of former First Lady Michelle Obama: “when they go low we go high!” I love Michelle Obama always have!

However, now is the perfect time to bring the spirit of occupy in the 99% back into the picture as a positive response to this divide and conquer racism. I mean you do realize that is the game being played on us don’t you

And now I must set the record straight on something, I hope you take the time to listen

These four young people who perpetrated this horrible act in Chicago do not and did not represent the #blacklivesmatter movement!!

I am not suggesting we throw these young people away nor do I suggest we throw them under the proverbial bus so they can become victims of the “lynch mob”. They actually have created enough problems for themselves and they really are in need of our prayers and support.

But the core issue I want to address is a false labeling and misrepresentation in the press and media that #blacklivesmatter had a connection to any of this!

That is a bold face lie!

Alicia Garza, Patrisse Cullors and Opal Tometi are not animals or monsters they are thoughtful and caring humyn beings.

The #blacklivesmatter  movement was founded in the wake of several unpunished (or lightly punished) incidents of police killing unarmed black people.

We must denounce these media, and social media, fabrications in the strongest terms and we must call out these bigoted opportunist who would love to destroy and discredit the reputation of #blacklivesmatter.

I want you to think about something; if Russian intelligence operatives (FSB) or (GRU) can place false news on our cyber networks and actually hack the DNC (Hillary and friends) you don’t think there are people who can create false propaganda concerning #blacklivesmatter?

But who really stole the US presidential election? Was it really the Russians who did it? My close friend and Mentor Professor Victor Wallace PhD says this:

“The election was stolen by the Republicans in the most liberal sense by suppressing the vote in communities of color in the swing states. 75,000 voters in Detroit never had their presidential vote counted, 300,000 Wisconsin voters were disenfranchised by governor Scott Walker’s ID law and in North Carolina tens of thousands were unable to vote because of drastic restrictions in the number of polling stations.

The Democratic party doesn’t want to highlight any of this because the DMC did similar things to Bernie Sanders win the primary race.”

It is so convenient to blame everything on the Russians. The Russians have been waging hostile cyber intelligent ops against the United States for years. Espionage is real; a two-way street and the CIA and NSA will lie!

Dare to struggle, dare to win, all power to the people who can THINK!