Peace & blessings sisters and brothers!
President Donald Trump has proposed a budget in which the Environmental Protection Agency will undergo a 31.4% budget cut. 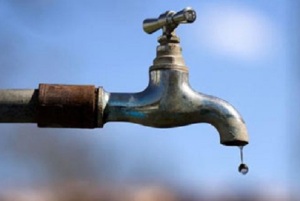 Now I have a friend and mentor named Robert S. Muhammad PhD and Bro. Robert is an urban planner who lives in Houston, Texas and he has a saying: “The people are smarter than you think!”. And I believe that. So if Donald Trump, Scott Pruitt, and their corporate cronies have decided to totally defund the EPA, who or what agency will ensure the citizens of the United States have access to clean water supplies and fresh air or healthy soil to plant fruits & vegetables? Intelligent folks like you and I ask these types of questions!

Now I am a humyn rights activist and when I am stripped down to my core beliefs I believe a humyn life is the most precious gift in the universe and all life must be preserved and protected. White lives, Black lives, Latina & Latino lives. Asian, Arab, and all Indigenous lives! Precious! Are we clear on that?

In the years that I have been incarcerated in Texas (approximately 10 years), I have been to 18 different prison units. Of those units, 3 had serious problems with their water supplies. Coffield unit, the largest state prison in Texas, has had chronic high levels of coliform bacteria (fecal matter) in their water. The co-founder of the End Prison Slavery in Texas Movement, Mr. Norris ‘Fajr’ Hicks, is fond of informing Coffield prisoners, “there is ‘doo-doo’ in our drinking water!” Eastham unit where I am currently housed has high levels of LEAD, copper, and nitrates in its water supply. The STATE is certainly downplaying the problems at Eastham. And lastly the Wallace Pack unit, located in Navasota, Texas, has notoriously high levels of arsenic in their water supply. Those are just the problems I am intimately familiar with, trust me there is a much larger list of Texas prisons with toxic and contaminated water supplies.

We have seen retaliation and obstruction of justice tactics by employees of the Texas Department of Criminal Justice and the Texas Commission on Environmental Quality. Prisoners such as myself and Keith M. Cole have filed lawsuits and wrote detailed exposés describing the detrimental effects that toxic water and deadly heat can have on humyn beings. But we must understand that the Texas Attorney General’s Office headed by Ken Paxton has directed T.D.C.J. prison officials to TARGET jailhouse lawyers and activists. Silencing our voices, sabotaging our civil lawsuits, and stifling our political dissent is the sole purpose of this ongoing campaign of harassment, retaliation, and in some cases even torture!!

These are serious allegations and that is why investigative journalists from the online site TRUTHOUT have taken on the task of exposing toxic water, deadly heat, and aiding the public at large in _Connecting the Dots_ because too many prisoners in Texas who have engaged in peaceful litigation efforts or activism have found themselves victim of harsh retaliation tactics at the hands of the STATE.

The University of Texas Medical Branch based in Galveston, Texas has the contract to provide medical care for approximately 80% of T.D.C.J.’s 150,000 prisoners give or take a thousand. Now, UTMB is a world-renowned teaching hospital and somehow their physicians, nurses, and physician assistants have FAILED to draw the connection between deadly heat, toxic water, and inmate deaths!!? The Hippocratic Oath expressly dictates that caregivers _”DO NO HARM”_, so will some of our free-world friends & activists please start pressing UTMB-president Dr. David L. Callender on this blatant violation of THE PUBLIC’S TRUST!???

The University of Texas–School of Law Human Rights Clinic, headed by clinical professor Ariel Dulitzky, has done an absolutely phenomenal job researching the effects of extreme heat in Texas prisons. Instead of applauding the efforts of Dulitzky and his students, the Texas Governor’s office and Texas Attorney General chastised, ridiculed, and threatened the UT-chancellor in the summer of 2015. The governor’s stance was and still is: “How dare you help Texas prisoners prosecute a lawsuit against the STATE!”. However, in my dealings with the Human Rights Clinic they never offered me legal help, only research, and data. But aren’t prisoners in Texas state prisons and jails humyn beings?? Don’t our families pay taxes to the STATE of Texas?? Should not we too benefit from the expertise of University of Texas professors and Lawyers when the Prison Agency _creates_ conditions which snuff out our lives prematurely? Inquiring minds demand to know!!

Sisters and brothers, at the end of the day when all of the dust clears and the lawsuits have been settled, we have to come to the realization that STATE and federal governments are being set up to protect corporations, not people.

It will be up to us to create innovative means to protect the rights of our most vulnerable members.

Billionaire George Soros donated $50 million dollars to the American Civil Liberties Union. The ACLU does excellent work and we need them to continue for years to come. However, there are organizations such as the National Lawyers Guild and the Human Rights Defense Center that need an infusion of cash from Mr. Soros. There are publications like the San Francisco Bay View newspaper and Turning The Tide that are dedicated to protecting the rights and lives of those seldom seen or heard of in the mainstream media. Help them!! Remember ALL LIVES ARE PRECIOUS to me!!

Dare to Struggle, Dare to Win
All Power to the People!!