The host of Connect the Dots, a radio program which airs on KPFT 90.1 FM Houston, Texas, has a saying that I absolutely love! He says that “the people are smarter than you think!” That host being Abdul Hamid Mohammad, a long-time servant of the people who lives in Houston, Texas. 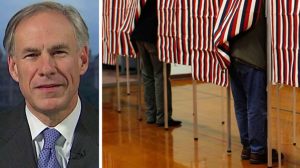 Recently, I commented on the scandal in which acting Texas Secretary of State Mr. David Whitely had conspired to purge the names of literally tens of thousands of potential voters from voting rolls in the State of Texas. Whitely claimed the voters were non-citizens. Well, we found that that isn’t exactly true.

The U.S. House of Representatives has been discussing legislation that would offer more protections to our voting rights. It seems that the Republican Party all over the United States is engaged in an ongoing conspiracy to sabotage and obstruct the voting rights of the poor and minorities as a whole.

For the past month, I have been studying an incredible book by Greg Palast entitled The Best Democracy Money Can Buy: A Tale of Billionaires and Ballot Bandits. I believe I have found the reason why Texas Governor Gregg Abbott and other members of the GOP are so passionate about placing David Whitely in charge over the voting process in Texas, but Mr. Palast did such a wonderful job illuminating the facts, I’ll just allow him to inform you as I quote a passage from the book. Mr. Palast says:

However, that really does not answer the question as to why Texas Governor Gregg Abbott and the GOP in Texas want to suppress the minority vote – does it? No! It does not! So please allow me to show you a little more. Mr. Palast discusses in further detail the results from the last Presidential election (from Interstate Crosscheck: The Ballot Box Death Star):

“Why would Republicans do this? Why would the political party founded by Abraham Lincoln attack racial minorities? It’s simple arithmetic. Here’s the color of American voting:

But only 39% of White people voted Democrat.”