“We have a responsibility to do what’s right so no one else has to suffer and die in our custody. That’s our responsibility…. We should look at this as a ministry — that they (Texas prisoners) are rehabilitated, not annihilated.” -Texas Representative Carl Sherman Jr. (D) Desoto 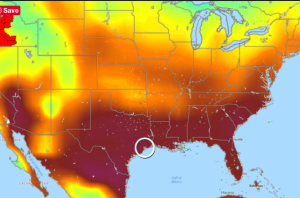 The death toll inside Texas State Prisons continues to rise with no relief in sight. There is such a thing as Perception Management and “controlling the narrative”. The Texas Department of Criminal Justice employs a Public Information Officer named Jeremy Desel. Mr. Desel’s job is to misinform and mislead the public in regard to the conditions inside Texas Prisons. Managing the public’s perception of this unscrupulous State Agency is a very important job.

For literally decades journalist Mike Ward co-operated with the State of Texas. Mike Ward used his platform to keep our loved ones blind, deaf, and dumb to the truth. The arrival of journalist Keri Blakinger balanced things out slightly but even Ms. Blakinger has her limitations.

A close friend of mine who is currently housed at the H.H. Coffield Unit which is located in Tennessee Colony, Texas informed me that in the past two months there have been over 6 successful suicide deaths.

These deaths prompted a visit to Coffield unit from TDCJ Executive Director Bryan Collier and other so called high ranking officials. It was only a couple months ago that Keri Blakinger of the Houston Chronicle reported that TDCJ was experiencing a 20 year high in respect to prisoner suicides.

My friend who has been incarcerated for over 30 years blames the recent spike in deaths on a combination of deadly extreme heat and an uncontrollable K-2 epidemic. Synthetic marijuana is routinely brought into Texas Prisons by TDCJ employees looking to benefit from the illegal sale of the item among prisoners.

I have no influence or status among prison guards nor do I ever wish to have any among this portion of the Texas workforce which co-operates enthusiastically and willingly with those who enslave us.

However, I do have some influence among our fellow prisoners. So I have a question I’d like to pose to Texas prisoners as well as their loved ones in the free world:

“Would you choose the profits from your K-2 sales over the lives of your homeboys? Will you provide their families with comfort and financial stability now that they have died?”

For some it is easy to remain silent on this topic- I will not be silent! Synthetic marijuana use affects the body’s thermo-regulation mechanism. Can you imagine a 120℉ cell temp feeling like 150℉?!

Senator John Whitmire, a Democrat from Houston, Texas is the chairman of the Texas Senate Criminal Justice Committee. Senator Whitmire refused to support or acknowledge pieces of legislation filed this past session that would have mandated state jails and prisons be kept between 65 and 85 degrees.

This Bill that would have alleviated the inhumanely hot conditions inside Texas prisons was authored by Texas Senator Carol Alvarado (D) Houston and Texas Representative Terry Canales (D) – Edinburgh. I actually sent Representative Canales a thank you card for his part in filing this Bill. You should know that Terry Canales also tried to deliver hygiene items, food, and water to children trapped in facilities operated by Customs & Border Patrol.

For years Senator John Whitmire has ignored his colleague’s attempts to address injustice, abuse, and inhumane conditions inside Texas prisons. If Senator Whitmire won’t listen to his own fellow legislators, why should anyone expect him or his staff to listen to an imprisoned activist like me? I think it is time the public at large send Senator Whitmire a clear message during the next election cycle!

There is a very good reason why I support the people’s Right to Vote. Your Vote is your Voice! In 2020 oppressed people in Amerika must literally and figuratively SCREAM!

There is some “House Cleaning” and “Senate Cleaning” that must be done in Texas – I’m Ready – Are you? End Prison Slavery! Prison Lives Matter! No pay – No work! Freedom over Everything! Dare to Struggle, Dare to Win! All Power to the People – Free Jason Renard Walker!

Keith “Malik” Washington is co-founder and chief spokesperson for the End Prison Slavery in Texas Movement, a proud member of the Incarcerated Workers Organizing Committee and an activist in the Fight Toxic Prisons campaign. Read Malik’s work at ComradeMalik.com. Send our brother some love and light: Keith “Malik” Washington, 34481-037,