“Abolitionist politics is not about what is possible, but about making the impossible a reality.  Ending Slavery appeared to be an impossible challenge for Sojourner Truth, Denmark Vessey, Nat Turner, John Brown, Harriet Tubman, and others, and yet they struggled anyway.  Today we seek to abolish a number of seemingly immortal institutions, drawing inspiration from those who have sought the abolition of all systems of domination, exploitation, and oppression from Jim Crow laws and prisons to patriarchy and capitalism.”—Abolish Carceral Society  by Abolition Collective  (Dog Section Press 10/02/2019) 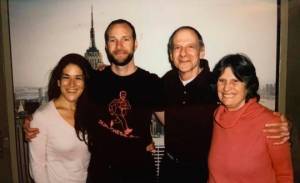 One of the most wonderful things that I love about the San Francisco Bay View National Black Newspaper is that no one attempts to control or stifle the exercise of my free speech. Some of my opinions may not be embraced wholeheartedly by all the people, but at the end of the day, my opinions and thoughts are respected. Mary Ratcliff and I regularly engage in intelligent and respectful dialogue when we can in order to come up with a consensus that works for us.

Most of you are well aware, especially those who live in San Francisco, that Chesa Boudin has been elected as San Francisco’s new district attorney. At first, I didn’t have a clue who Mr. Boudin was, but I did my research. For those who know me well, I am a cerebral individual and I adhere to the motto that “We must seek knowledge from the cradle to the grave.”

Sisters and brothers, I know exactly what punitive, retaliatory, malicious and vindictive “justice” looks like in Amerika. I live this reality every day that I wake up inside my cell in United States Penitentiary Pollock. U.S. District Judge Lynne Nettleton Hughes wanted me to do life in federal prison.

However, with Chesa Boudin we have a human being who believes in restorative justice. Mr. Boudin’s background and his intellectual as well as his academic pedigree deviate dramatically from what we know to be the status quo and norm of the “run of the mill” career prosecutor or district attorney in the United States of Amerika.

Many of us within the Prison Abolition Movement have been looking for hope in order to change these systems of oppression. Well, hope has arrived! The question is whether or not we will keep hope alive and give Mr. Boudin the support he needs to implement his “radical” policies – or will we allow organizations and groups like the Police Officers Association and other naysayers to destroy the dream before it even materializes? I encourage all of you to support Chesa Boudin.

The San Francisco Bay View enthusiastically endorsed the election of District Attorney Chesa Boudin. We support Mr. Boudin as passionately and fervently as we support our Mayor London Breed! There are some big changes taking place in the Bay Area and the Bay View newspaper hopes to be a part of that change. We are struggling to preserve the voice and the legacy of Black and all oppressed people within the Bay Area!

Through mass incarceration, gentrification, environmental injustice and police terrorism, many of us have been squeezed out, ignored or exterminated by local and federal government employees and officials. Now we have someone who wants to change the status quo and at the very least give people of color and all disadvantaged people a realistic opportunity for a second chance.

Chesa Boudin can pave the way and lay the foundations for new discussions about what justice in Amerika can actually look like when we promote restorative justice. Thus far, if this article has piqued your interest, perhaps the following thoughts will seal the deal and win you over to our line of thinking.

David Gilbert and Chesa Boudin as a child

The election of Chesa Boudin serves as a notice and a possible paradigm shift in what we have become accustomed to within the realm of the criminal justice system in Amerika.

Mr. Boudin is intimately familiar with the deleterious effect and collateral damage that lengthy prison sentences can have on the moral fabric of a family. In my work, I have always strived to humanize prisoners in the eyes of the public at large.

I am challenged daily by the stereotypes and lies promulgated by the mainstream media as well as the silly rants of the bourgeois ruling class: “superpredators” and “animals.” This is how the oppressor class characterizes us, but this is not how Chesa Boudin views us.

David Gilbert, Mr. Boudin’s remarkable and intelligent father, has been a source of knowledge, education and inspiration for me. I shun the demonization of the white working class and I fight to save our planet.

While many are pushing the narrative of racism, I clearly see that the capitalist imperialist system in Amerika as well as throughout the world is an enemy of the poor, irrespective of the race or even the gender of the individual(s) in question.

As we analyze the Prison Industrial Slave Complex, we see and witness the exploding numbers of women who are trapped inside these modern day slave kamps. The hand that rocks the cradle rules the world.

I learned much at the feet of my Mother. You don’t think that Chesa Boudin missed his mother during his childhood? Do you think that he forgot where she was or who was holding her captive for 22 years?

Is there any compassion in Amerika for the incarcerated mothers of the poor? I promise you, sisters and brothers, Chesa Boudin knows exactly why the caged bird sings and perhaps he and I will harmonize together and sing a song that will liberate the caged voices throughout Amerika! But y’all don’t hear me! Or do you?

As a prisoner myself, when I analyze and look at what the future may bring, it comes down to responsibility. If I want to help lay the foundation for more people like Chesa Boudin, I must take ownership of my actions and behaviors! I have a duty – a duty to shun criminal behavior and a duty to give back to my community. I owe y’all that!

If Chesa Boudin is willing to change the “game” as we know it, then it is incumbent upon me and every prisoner reading this article to support him by changing our conduct. I am talking to all of y’all! I believe the OGs in this human rights movement will agree with me.

I send a shout out to Dr. Mutulu Shakur at USP Victorville, Jalil Muntaqim in New York and Sundiata Acoli in Maryland and a clenched fist and Panther love to Kevin “Rashid” Johnson. I will continue to attempt to turn these razor wire plantations into schools of liberation! USP Pollock has some good men, and we shall overcome adversity and promote the peace.

I realize that this editorial may be provocative to many. If you have any thoughts, comments or questions on or about this brief piece, please do not hesitate to contact us. I firmly believe that we should collectively support Chesa Boudin and, furthermore, that we must create a strong freedom campaign for Chesa’s father, David Gilbert, a true servant of the people!

Keith “Malik” Washington is assistant editor of the Bay View, studying and preparing to serve as editor after his release in 2021. He is also co-founder and chief spokesperson for the End Prison Slavery in Texas Movement, a proud member of the Incarcerated Workers Organizing Committee and an activist in the Fight Toxic Prisons campaign. Visit his website at ComradeMalik.com. Send our brother some love and light: Keith “Malik” Washington, 34481-037, USP Pollock, P.O. Box 2099, Pollock LA 71467.